The Total Eclipse and a Lesson from Abraham 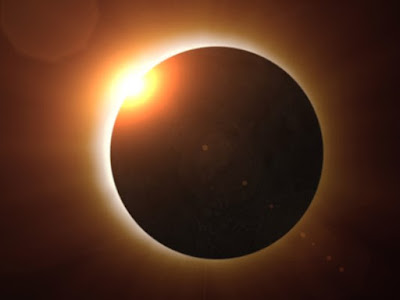 A few months ago on August 21 I was at sailing camp. At 1:18 PM, sitting on our dock about to embark on a sailing trip, I, along with millions of others witnessed the solar eclipse. Wearing the special glasses given to us by the instructor, I managed to see the ball of the sun get shadowed by the moon.

With all the hype leading up to that moment, I couldn’t help but realize that about an hour after the eclipse, the hype seemed to fade immensely without a meaningful lasting message that would be befitting such a marvelous event.

As I was contemplating, it brought me back approximately 3,800 years ago to a moment our ancestor experienced, our first patriarch Abraham (Avraham Avinu). As a young boy Avraham was seeking an entity capable of creating and controlling the world as a whole. He started by worshiping the sun. It is huge, powerful, and immensely influential.

But the sun has its limits; the moon rules the night. If the moon can act where the sun cannot, it shows a certain greatness above and beyond the sun itself. So Avraham worshipped the moon.
The sun and the moon have a special relationship. First, they are exactly the same apparent size, even though the sun is huge and far away, and the moon is small and closer. Secondly, their paths intersect every once in a while, resulting in spectacular eclipses. It was obvious to Abraham that the coordination of the sun and the moon was not an event that merely happened by chance.

Clearly, whatever that force or being was, it had to be external to the parts of the system, and it had to be more powerful than them to keep all the parts in systemic order. Avraham was then absolutely convinced that the prevailing pagan beliefs (avoda zara) were wrong.

This moment that Avraham experienced in his youth did not stop there. He set about sharing his findings with everyone he met and successfully persuaded others to drop paganism in favor of his "heretical" views. Avraham was spurned by both family and the ruling class for bucking the system. After narrowly escaping death for refusing to deify the emperor, Avraham was forced to flee the country.

As I sat there on the dock gazing at the sky and pondering on all of this, it occurred to me that this is how I can make this moment meaningful. It struck me that if it were I that discovered that the sun and moon aren't the ultimate answer to life's questions, would I desert my family, wage war on the government, and risk death? So what if the sun and moon don't run the world? Is that a reason to go fanatic?

The answer to this lies in what Avraham, at the start of his mission, was told by Hashem in the first words of this week’s Parasha:

“לך לך מארצך וממלדתך ומבית אביך” “to leave his land, his birthplace and his father’s house,” to free himself from the pressure to conform. Leaders must be prepared not to follow the consensus. I want you, says Hashem to Avraham, to be different. Not for the sake of being different, but for the sake of starting something new.

Leaders lead. They follow an inner voice, a call. That is the strength of Avraham Avinu.

On this day of my Bar Mitzvah I realize that it is a time to lead. As one of the great writers on leadership, Warren Bennis, writes: “By the time we reach puberty, the world has shaped us to a greater extent than we realize. Our family, friends, and society in general have told us—by word and example—how to be. But people begin to become leaders at that moment when they decide for themselves how to be.”

I realize on this day that as a Bar Mitzvah I have the power to be a strong leader in my community.
My lesson for myself from this day and that I would like to share with you, is that regardless of the climate and influences that might make it hard to stand up for values and beliefs that are dear to you, we have the power of Avraham Avinu who paved the way for us to stand strong.