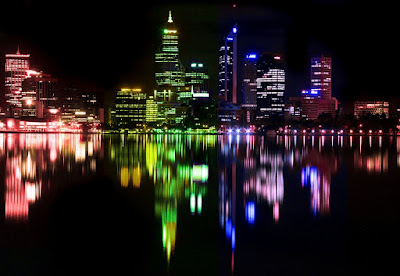 A chain story is a story created by several participants. One child begins, chooses when to stop and points to the next child to continue. The following story was created by one of our 1st/2nd grade classes:

There were tall buildings in a mystical city. It had rained and a wonderful rainbow had covered just one of the buildings. It was a magical rainbow. There were magical sea creatures on some of the seven floors. The two middle floors were covered with rainbow colored water that flowed to the sea. This building was so much of a problem that it was decided that the building needed to be torn down. But something strange happened when the new building was complete. The rainbow was still there! But now the rainbow was everywhere! It was all over the grass and the streets. It now covered the whole city. It was decided to rename the city. It was now going to be known as Rainbow City. 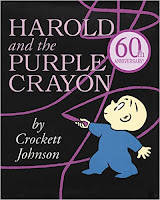 As a nice wrap up to writing their own story, the kids then gathered with our librarian to read Harold and the Purple Crayon, a story about a small boy who creates his own path.