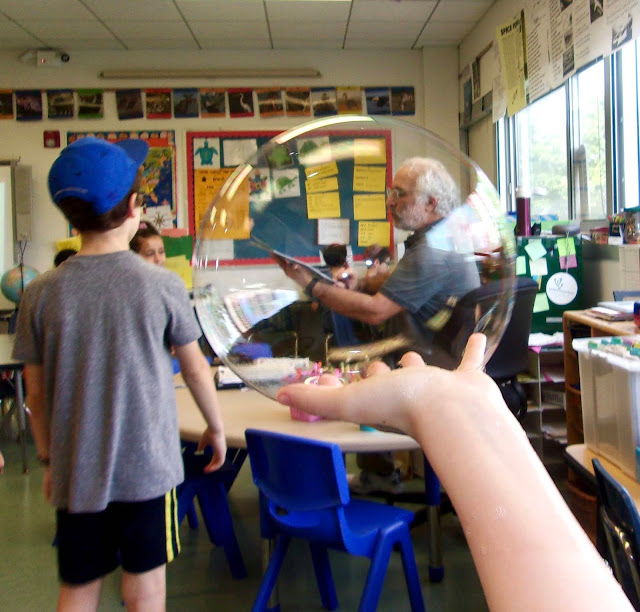 As we will be honoring recently retired 1st/2nd grade teacher Scott Salk for his lifelong dedication to education and his fifteen exemplary years of teaching at Akiba-Schechter at our upcoming Spring Benefit, we asked him to reflect on his time at Akiba:

When did you begin teaching at Akiba? And what attracted you to the school?

I began in 2005. A dear friend, Miriam Kass, who is now principal, knew I had left public school teaching, frustrated because I couldn’t teach the way I liked. She suggested I speak with Akiba-Schechter's longtime principal Miriam Schiller about an opening in the 1st/2nd grade general studies classroom. It quickly became apparent that Mrs. Schiller and I were of like minds in how we looked at child development and teaching. I saw that I would not only be allowed but encouraged to be a creative, thoughtful teacher.

Millie Miller was surely a big part of why Akiba felt so good so quickly, as were Carla Goldberg, Barbara Simon, and Susan Carton, friends going back to when my kids went to Akiba’s preschool. I soon realized that I had lucked into being a part of a unique and fabulous school.

What had you been doing before coming to Akiba?

Before Akiba I taught in Chicago Public Schools for about a twelve years, mostly 2nd grade but also 1st and 6th. Before that I was working on a PhD. in Curriculum and Instruction at the University of Chicago. And before that I was a computer education specialist in Santa Barbara, after completing a Masters program in International Development Education at Stanford University and doing field work in a remote part of Papua New Guinea, which followed teaching 2nd grade in a school in rural southwestern Washington.

What were your career plans growing up?

Up until I was about eight, I wanted to be an army man. Then my interests shifted to sports — being a professional baseball, basketball, or tennis player seemed reasonable — and soon, music. My sixth-grade band, The Turtlenecks, were Beatles-inspired. Though we never actually performed, we did insist our moms get us turtleneck sweaters. We would have looked cool no matter how we sounded. In high school and college I knew I didn’t know what I wanted to “do” and that I needed to do a lot of exploring. 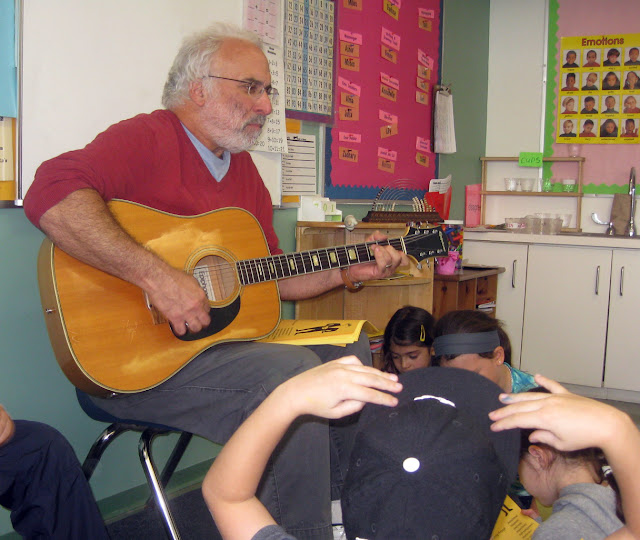 Scott's love of music stayed with him. His guitar playing was a regular feature in class.

You were known at Akiba for having your own philosophy of teaching. Please explain.

It all started when I happened to become involved in a very progressive “free” school in California (because a friend’s kids went there). When I had free time, I’d hang out at The Family School because it was such a fun place, and I loved being around the children. I soon became an assistant, then a head teacher. That experience demolished all my ideas of what schooling was and could be. Here was a school that wasn’t boring and oppressive but stimulating, engaging, encouraging, fun, and always respectful of each child as a unique individual. That sent me on a long journey of learning about educational philosophies and practices. I’d like to think my “philosophy” was culled from a wide variety of sources as I put together an approach that made sense to me, always predicated on respecting the uniqueness of each child and appealing to the intrinsic curiosity of children by creating an engaging environment for them to negotiate.

What was your favorite experience as a teacher?

I loved almost everything about being a teacher. I enjoyed the company of children. It made every day a pleasure. I also loved the creative part of teaching — creating activities, creating curricula, and creating classroom conditions and processes that would allow my students to thrive. 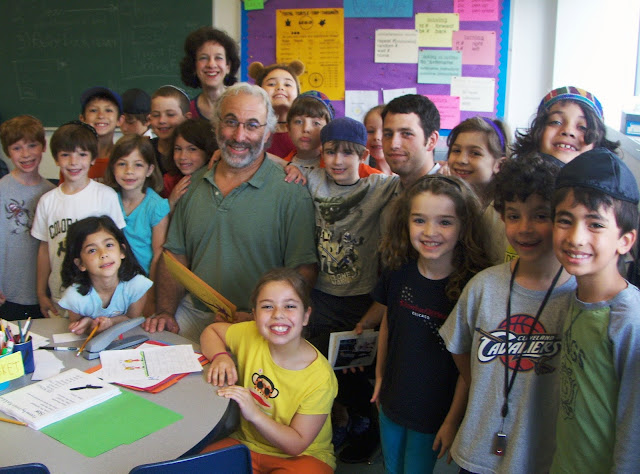 Scott with his class and assistant teachers in 2010

My favorite memories involve students making breakthroughs — doing things they couldn’t do before, or thought they couldn’t do. For example, in my class the biggest writing project was a published book. It’s a lot to write, a lot to publish (editing, typing, illustrating,…), and then the student reads it to the class. To see a child for whom reading did not come easily, who likely doubted his or her ability to read, read the book that (s)he created to classmates and feeling so proud — it was the best.

Or when, at the meeting when getting up to “share” in front of the class was completely voluntary, a super shy child finally decided to do it, months into the school year. I knew how much courage that took. 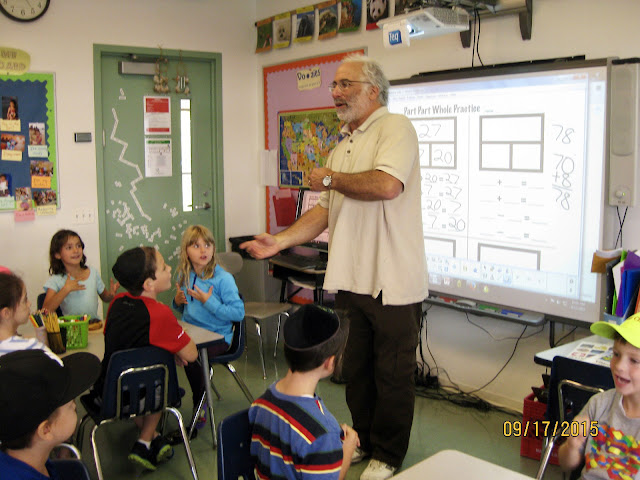 One of Scott's favorite memories as a teacher: When children, who had a pessimistic view of math and themselves as math learners, suddenly “got it” and thought it was fun and wanted to do more.

Also, in recent years we instituted a “help report:” Once a week at the Meeting, students could volunteer to say who helped them or who they helped and what they did. It was a way to value being helpful, encourage more student-to-student interaction, and provide more opportunities for students to shine. It was especially memorable when an “accomplished” second-grader called out assistance that was received from an “emerging” first-grader. It demonstrated the beauty of having mixed-grade classrooms as well as how feedback from peers can be more powerful than that from adults.

How did Akiba change over the years that you were there?

For me the biggest change was when Miriam Schiller left Akiba. While I had the fortune, good and bad, to work with a number of principals over my teaching career, it was incredible fortune that Miriam became my principal when she did. At that point in my career, it was becoming apparent that I might not be able to find a school where I would be allowed to teach my way — almost certainly not in a public school. Miriam would not only allow me the freedom to teach, she loved what I did. She got it in a way that no principal ever had. I was especially astounded that she appreciated how much time, preparation, and thought I put into making the classroom work for the students — that was new for me. Previous principals didn’t know what to think but were satisfied that my students were learning and happy and that their parents seemed pleased.

Add to that the way we worked as a team. Getting kids off to a good start in reading was a special interest and talent of Miriam. She sat on the opposite side of the room from me and read with novice readers for a few minutes each at the start of each day, knowing how important repetition and gentle support is to young learners. That freed me up to help kids with other work and in other ways. In Reading Workshop she insisted on taking the not-yet readers into her group. At the beginning of the school year hers was typically a large group, and by year’s end it was tiny.

Add to that a particularly welcomed bonus: I typically got to school quite early each day, but rarely as early as Miriam. When I arrived, she was usually the only one in the building, except for perhaps Jefferson. So as I walked into the office to check my mail each day, I invariably walked past her office. Way more often than not, I would stop in to chat, and we’d discuss individual students or how we might do better by this or that child. It was like comparing notes and insights and ideas, and for me these informal early morning chats were invaluable. Like nearly everyone who knew and worked with Miriam, I was awed by the way she knew every child as well as all the families, the way she respected everyone and listened to all, and the way she cared about Akiba. But to me she was extra-special and an integral part of my/our program. 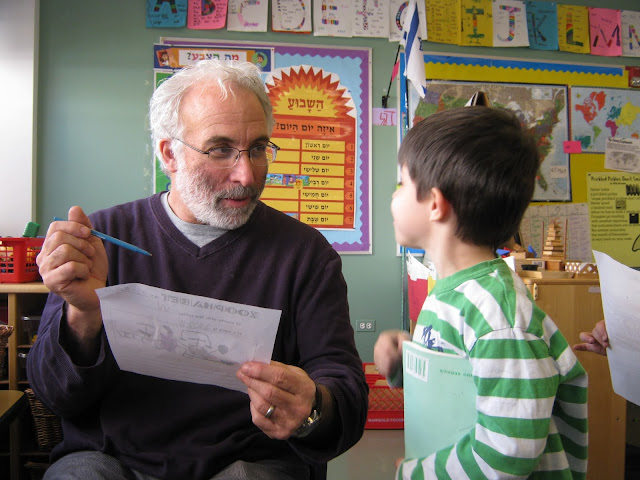 What did you find difficult as a teacher?

Before Akiba, it was the public school bureaucratic structure that made life as a teacher difficult.  Mandates on how, what, and when to teach were expected to be obeyed even if they made little sense or ran counter to my own ideas. There was no one who could explain or do anything if I disagreed with something. At Akiba this was not an issue. Instead, my perennial challenge was time: I never seemed to be able to fit in all I wanted to do with my class. I felt I needed to rush or make trade-offs and leave out some activities. I was always amazed at how well Akiba students did with our meager half-day of general studies together, even when I knew something was not executed as fully as I would have liked.

How are you finding retirement? Is it what you expected?

It’s very weird and rather unsettling not to be teaching. Being a teacher was fairly all-consuming, certainly during the school year. Even over summer break I enjoyed thinking about what I could do differently or better in the coming year. Retirement has also been confounded by the pandemic and a major surgery in the fall. Add to that the political and cultural upheavals going on in society, it’s fair to say it is not what I anticipated.