Catching Up with an Alumna Who Returned to Teach 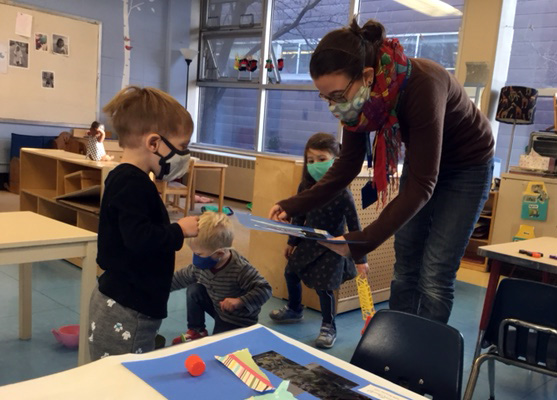 It's been a privilege to have had Akiba-Schechter alumna Abby Klionsky (class of 2005) substitute teach in our preschool this week, and so we thought we'd catch up with her:

Where did you go to high school?

History, with a minor in Judaic Studies. I wrote my thesis on the development of Jewish student life at Princeton during the 20th century, and made some really exciting discoveries that led to a 1,000-person conference in 2016 celebrating 100 years of Jewish life on campus.

What have you been up to since?

A lot! Since graduating college, I've lived in the South (Mississippi), on the East Coast (New Jersey),  and on the West Coast (California). I'm now back in the Midwest (Chicago). Though moving states five times in six years is a lot, I've made close friends and developed deep ties to each place, mostly because of the work that I've done in each. For example, in Jackson, MS, I worked at the Institute of Southern Jewish Life. I traveled to synagogues across the Deep South, working with their religious schools on curriculum, programming, and professional development workshops. When I moved back to Princeton, NJ, it was to work as a public historian for the university, spearheading a collection of initiatives to tell the stories of those who had been excluded from its historical narrative in the past

How come you're helping out in the Downstairs Blue Room this week?

When I moved back to Chicago at the end of this past summer, my first call was to Carla. Even though the school year had already started, I knew that I wanted to be on the preschool's sub list for the rest of the year.

How does it feel to be back in a teacher role in your old preschool?

I learned relatively late in my life that most people don't remember the names of their preschool teachers, let alone visit them during trips home. In teaching in general, and preschool in particular, teacher turnover is high. So it is particularly special that, at Akiba's preschool, three-quarters of the teachers have been here for more than 15 years. I consider it a privilege to teach in the same building as my 1996-1997 Upstairs Yellow Room teacher, Angela Moore, and my 1997-1998 Kindergarten teacher, Jill Kohl. In fact, when I subbed a few years ago, I taught alongside Angela. 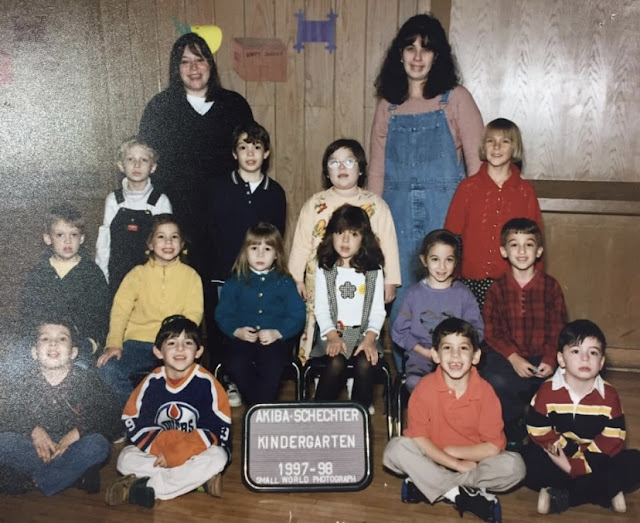 Any thoughts of becoming a teacher yourself? If yes, what kind?

Indeed! Last year was my first year teaching preschool full-time. It was actually a conversation between two single mothers - one a university president, the other the dean of a business school - that pushed me to finally make the leap from education-related roles to teaching itself. They both agreed that the biggest impediment to women ascending to leadership roles in the workplace was the lack of high-quality, affordable childcare. As a child, I occupied myself with lots of dolls and began babysitting when I was only ten. In the 18 years since, I've come to appreciate how much I have to learn from the curiosity and exploration of young children, and to value the joy and fulfillment I get from guiding them in their daily discoveries, challenges, and successes.

And so, as I heard that conversation, I decided on the spot that if I could channel what I love and am good at in a way that enabled mothers -- whose socioeconomic and sociopolitical positions are most often pulled behind by parenthood -- to pursue their professional goals with confidence, I should.

Looking back through your educational experiences since graduating from Akiba, what sticks most in your mind that you learned at Akiba, and that was a useful skill going through high school and college?

For me, the most unique thing about Akiba has always been its teachers. Every time I share something about Akiba with a friend who didn't go here, they're astonished at the close ties that I developed with my teachers, and the ongoing relationships that I still have with some of my teachers more than 15 years after graduating. In high school and college, I sought out teachers and professors who were known to take an interest in their students beyond the grades that got entered into the record book, because I knew that their mentorship would be valuable long into the future. It's not unusual for me to text with my favorite high school math teacher, or to email with a beloved writing teacher from college, but I know it's not something most people have. I'm certainly lucky to have the kind of ongoing mentorships and friendships that I do with teachers from every stage of my schooling. I hope that my students will be able to say the same about me. 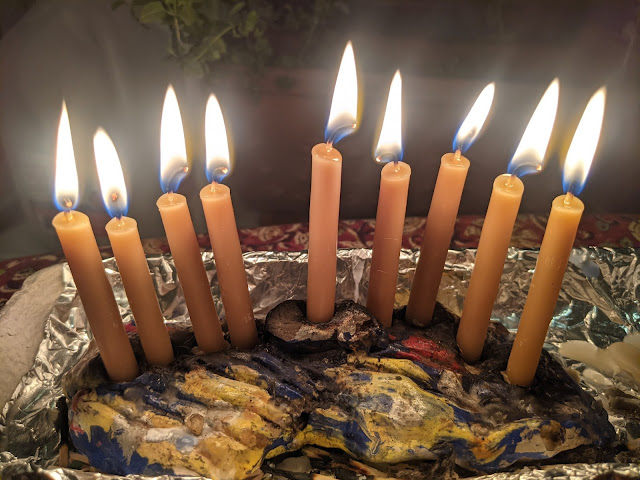 Fun Fact: I'm still using the Chanukiyah I made when I was in the Upstairs Yellow Room! Although I made lots of menorahs in my ten years at Akiba, this is the one that's lived with me since I left home after high school. I light it every year. There's even a bonus 10th hole wedged in next to the Shamash (How else does a preschooler make holes in clay, if not with all 10 of her fingers?!).