Ms. Kass's 5th/6th grade Understanding
the Election class got to meet outside today.

Whenever a presidential election rolls around, we at Akiba-Schechter take the opportunity to teach our students about this civic process and its importance.

On election day yesterday, our principal Miriam Kass had the great fortune of seeing that teaching come full circle when she received the following letter from one of our alumni, Ezra Landman-Feigelson, who is now a senior at Ida Crown Jewish Academy (reprinted with his permission):

You had us engage in an activity where each student was given a card with someone else’s identity. The cards contained the person's name, age, race, gender, and wealth, and it indicated whether they owned land. You started the activity by calling up those who met the early requirements of voting (those who were white males over age 21 and owned land), and we were shocked to see that only two of the fifteen people in our class could vote (I happened to be one those 2 people). We continued to simulate the requirements of voting throughout the decades until the entire class was “eligible” to vote.

The learning did not end there.

On Election Day we went over to Rodfei Zedek to see what a polling place looked like. However, before we got inside the building, we stopped right before the parking lot entrance where you picked up a blue cone. You explained to us that once you went beyond the blue cone, you could not campaign nor tell people who to vote for. Once we entered the building, we spoke to an election judge and asked for a sample ballot, allowing to see what a ballot looked like.

Now, after I went to the polls (this year my dining room counter) to vote in my first presidential election, I could not help but think about everything I learned about voting and the president while at Akiba. Whether it was the teachers, who wore their “I Voted!” stickers, and those who taped their election receipts to their shirts because they did not get a sticker, their pride rubbed off. 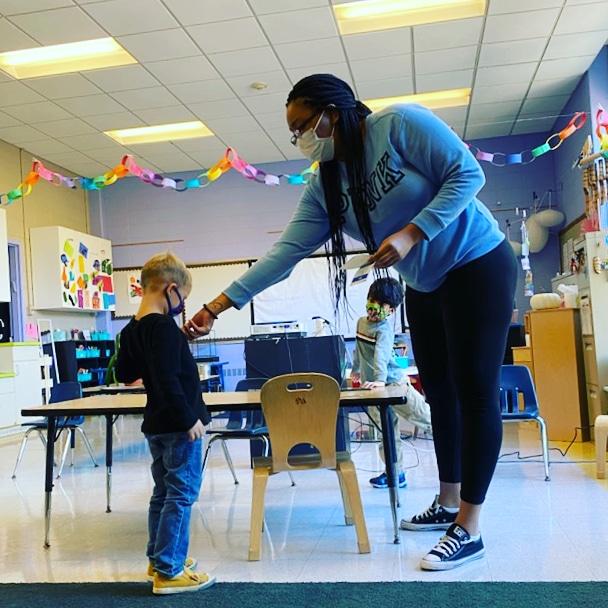 Learning about voting begins in preschool when children vote, for example, on favorite foods or colors. They learn that their voices should be heard and counted, and the teachers talk to them about becoming future voters. This week our preschoolers made their own voting stickers and proudly received them after voting.

Akiba’s local tie with Barack Obama and your ties to Washington and the White House made me realize how important the president is. I still remember watching Obama's inauguration in Kindergarten on an analog TV on a pushcart. Whenever I would drive down Hyde Park Blvd, it was very cool to see the 5000 block of Greenwood completely barricaded. This was a great example of the president’s importance. Obama was the only person I knew who could turn Lake Shore Drive into a parking lot just because of his presence. 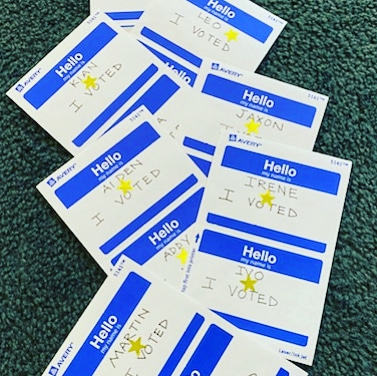 "I voted!" stickers from the preschool

Thank you for teaching our class about the right to vote. This allowed me to appreciate that voting was not always as easy as it is today for most Americans. Today I am wearing my "I Voted!" sticker around the halls of Ida Crown to show that I take pride in exercising my right to vote, but also in honor of my grade school teachers, who took pride in exemplifying their right to vote by wearing their stickers or receipts.