Welcome to Ellis Island (Or Not) 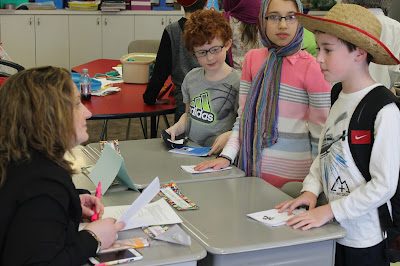 One of our 3rd/4th grade classes has been learning about immigration and as part of that, their classroom became Ellis Island yesterday. Each child received a profile of an immigrant in 1910 and created a passport. The children "traveled" on the S.S. Rose to arrive at Ellis Island where they had to pass five stations. 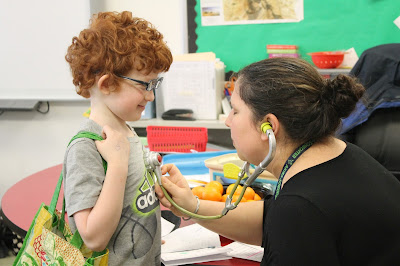 The first station they came to was the medical exam. Those who were found ill, lame, or suspicious were marked with chalk. Those who arrived as first class passengers were handed an orange! 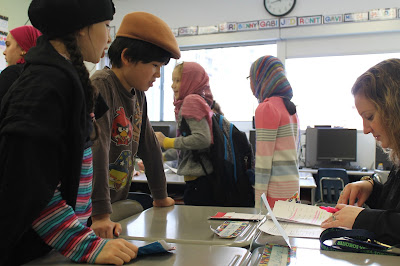 Next came the "information intake." 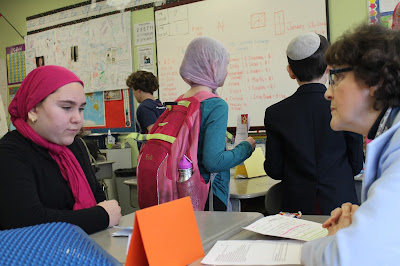 This was followed by an extensive interview. Via a prior virtual tour of Ellis Island, the students had learned about the "pushes and pulls," i.e. the reasons why people chose to come to America, so they had their answers ready. 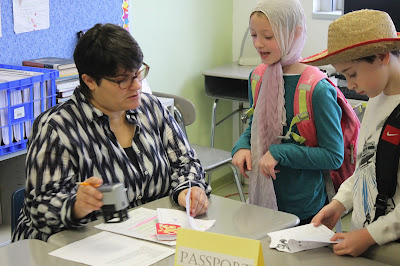 Then, if they had made it this far, they had to go through passport control to hopefully receive the all-important stamp of entry. 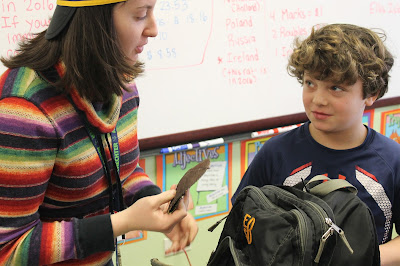 Finally, a baggage check. It looks like this guy brought something the customs agent wasn't too happy with. 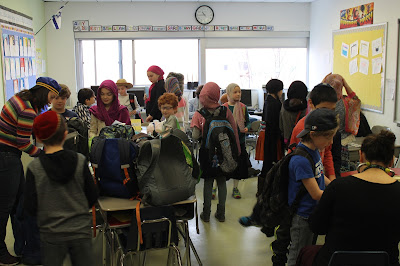 The end result: Two students were deported, a few were detained and needed to be at the hospital on Ellis Island, some needed further questioning. Afterwards the students took the same kind of test that was given at Ellis Island, and they scored themselves to see if they passed.