"Communism Is Good for the Economy..." 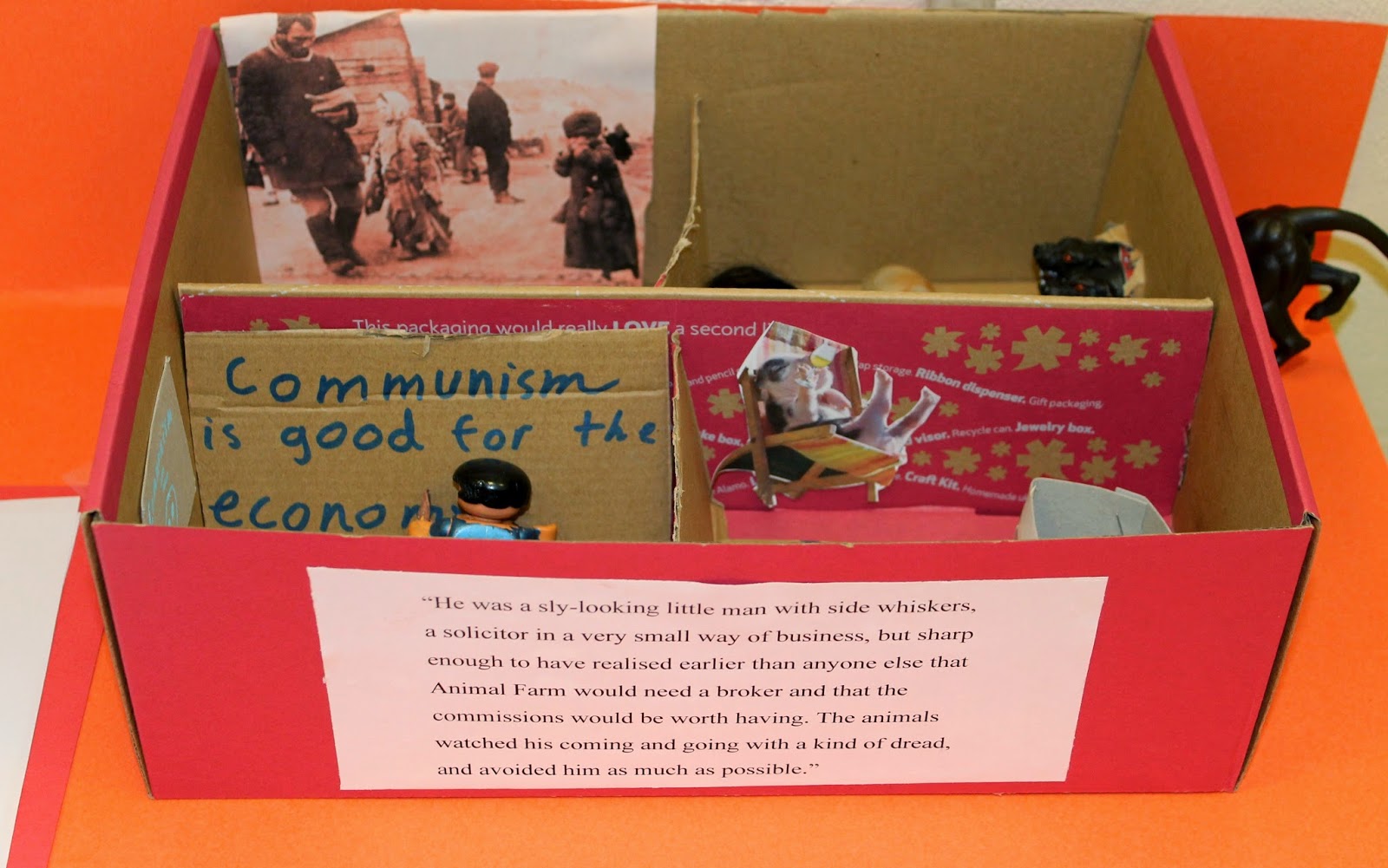 ...so writes Mr. Whymper, representing the propaganda machine of the Comintern in Animal Farm. Behind the wall of this diorama, created by an 8th grader, are the people (in the real life Soviet Union) and the animals (in Animal Farm) who are working very hard in increasingly miserable conditions, while those who can see behind the wall, like Mr. Whymper, report that all is going well. 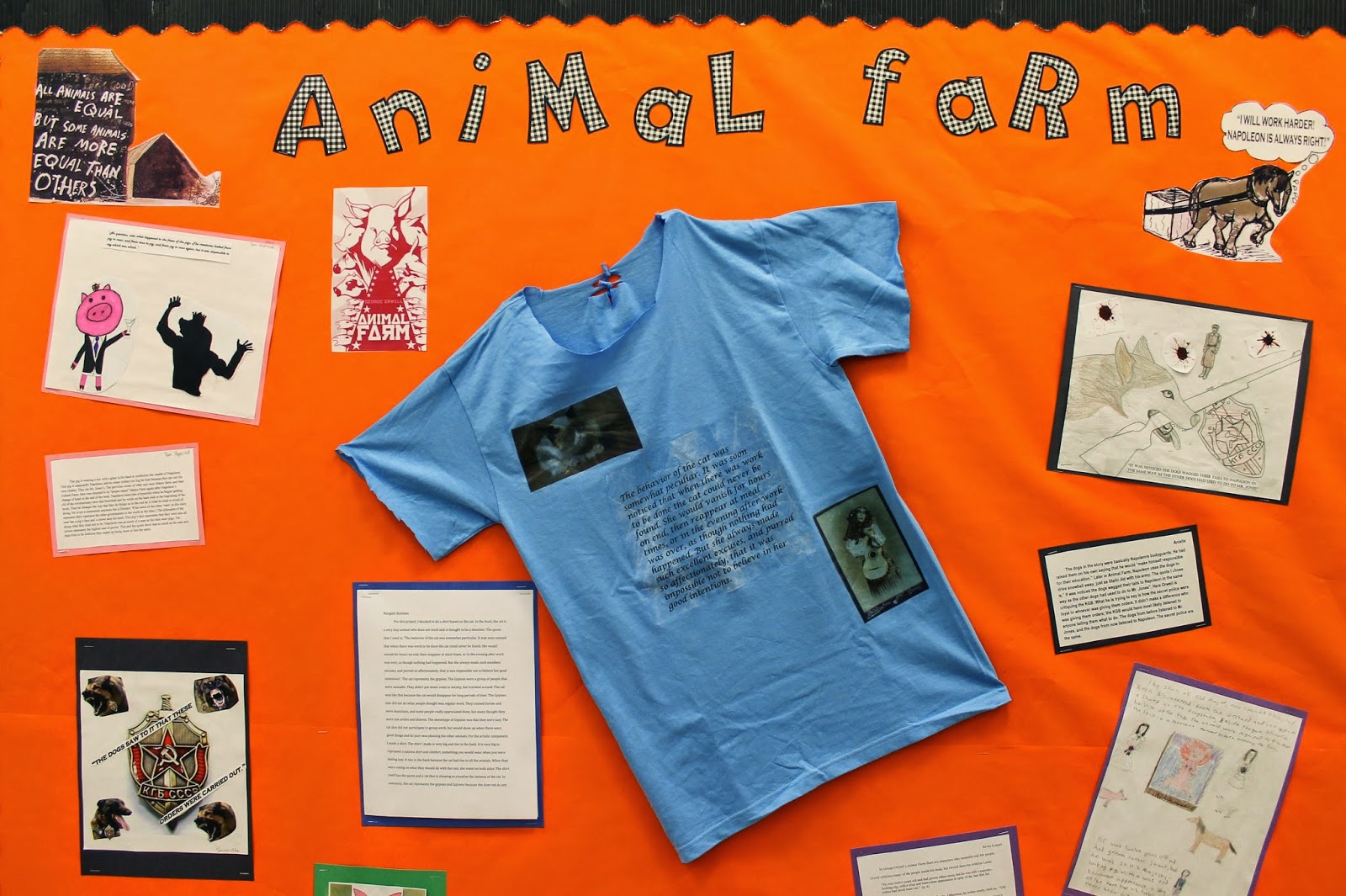 After reading George Orwell's novella Animal Farm, students in one of our 7th/8th grade English classes were tasked with juxtaposing a character from the story with who he or she represented in real life history. The sleep t-shirt that is the centerpiece of the bulletin board pictured above represents the cat in Animal Farm who always slinks out of work and represents the eternal loafer. 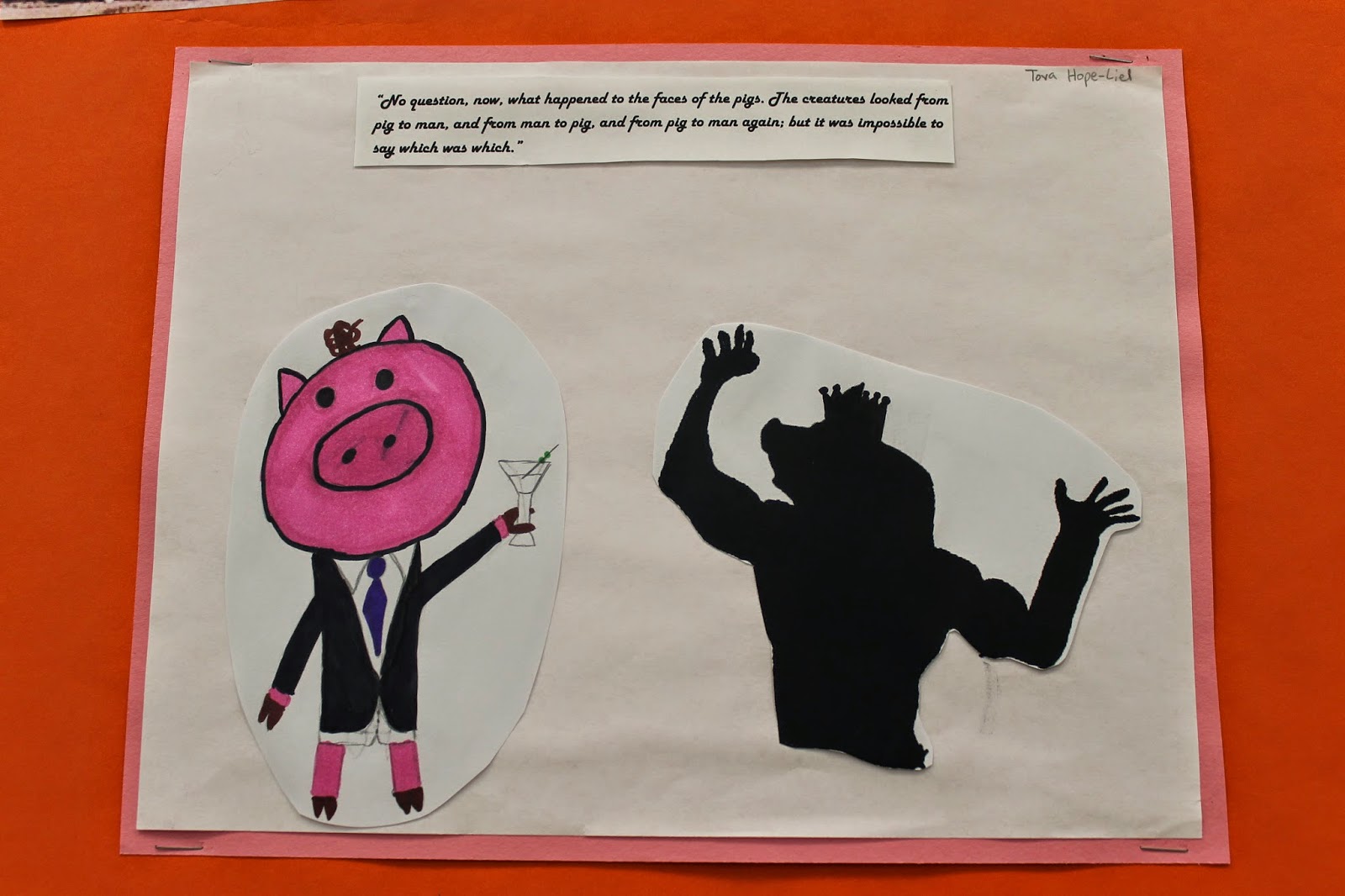 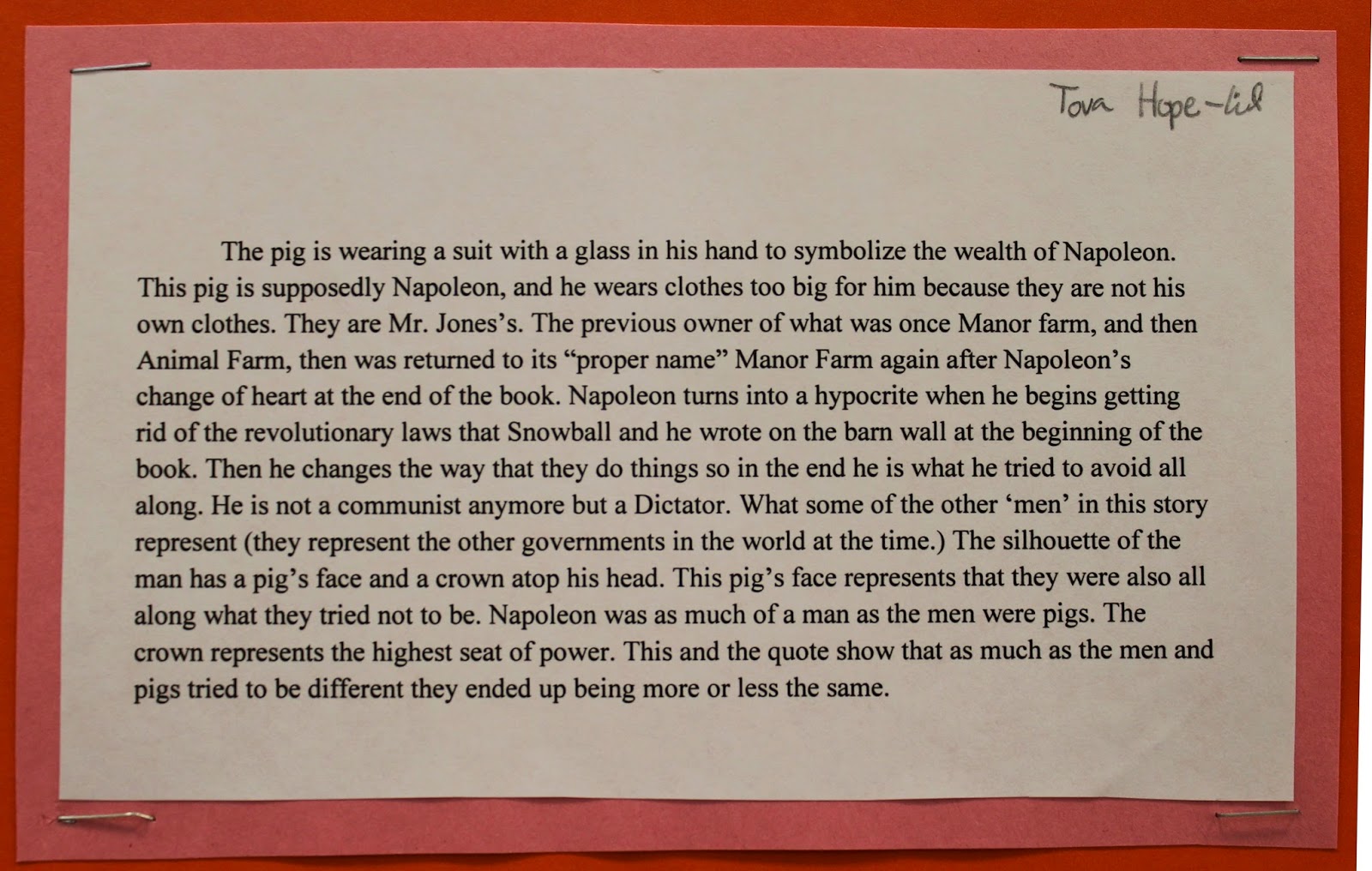 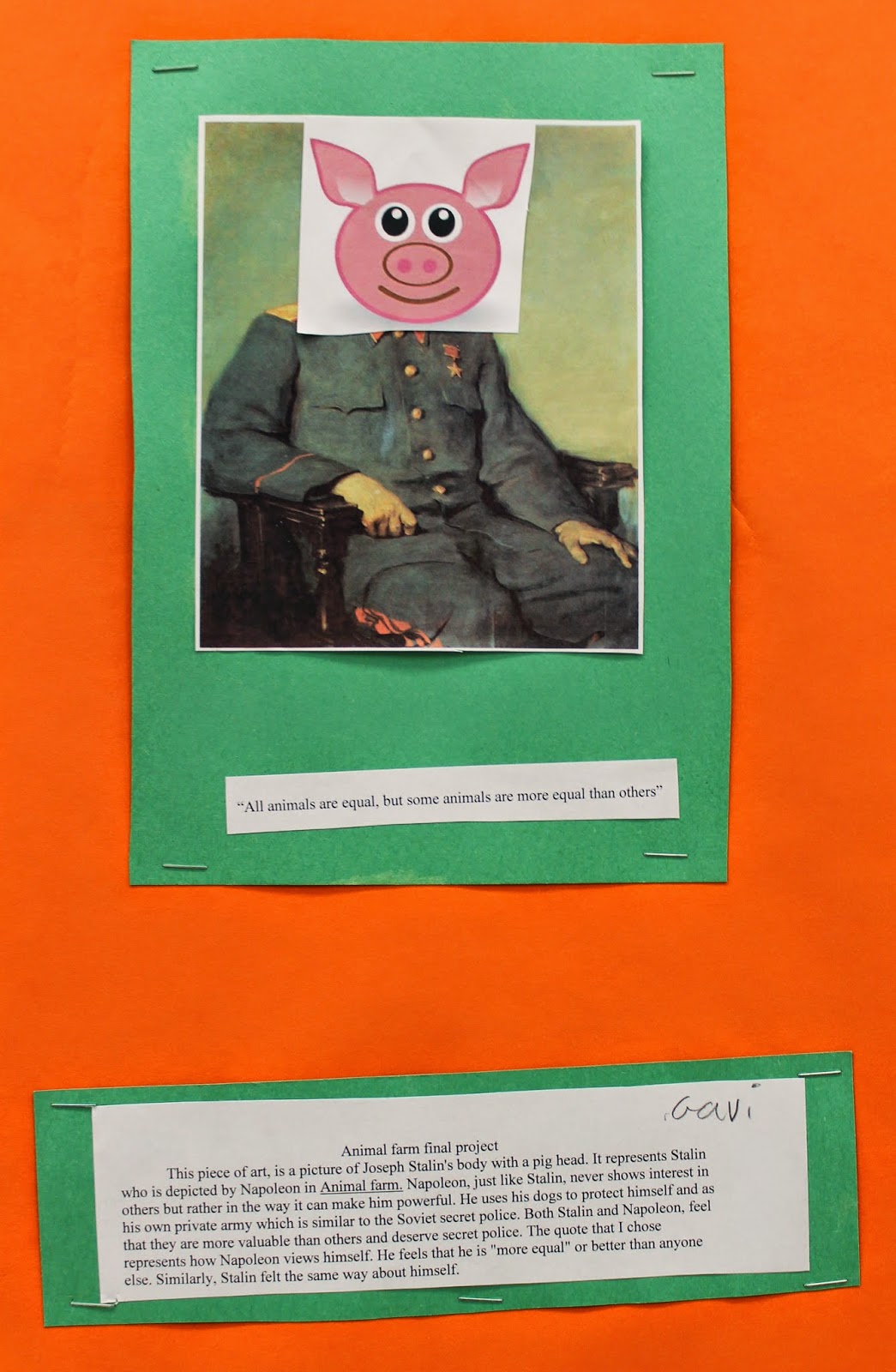 This piece of art is Joseph Stalin's body with a pig head representing Napoleon, the pig leader of Animal Farm, who, just like Stalin, cares nothing about others and all about himself. 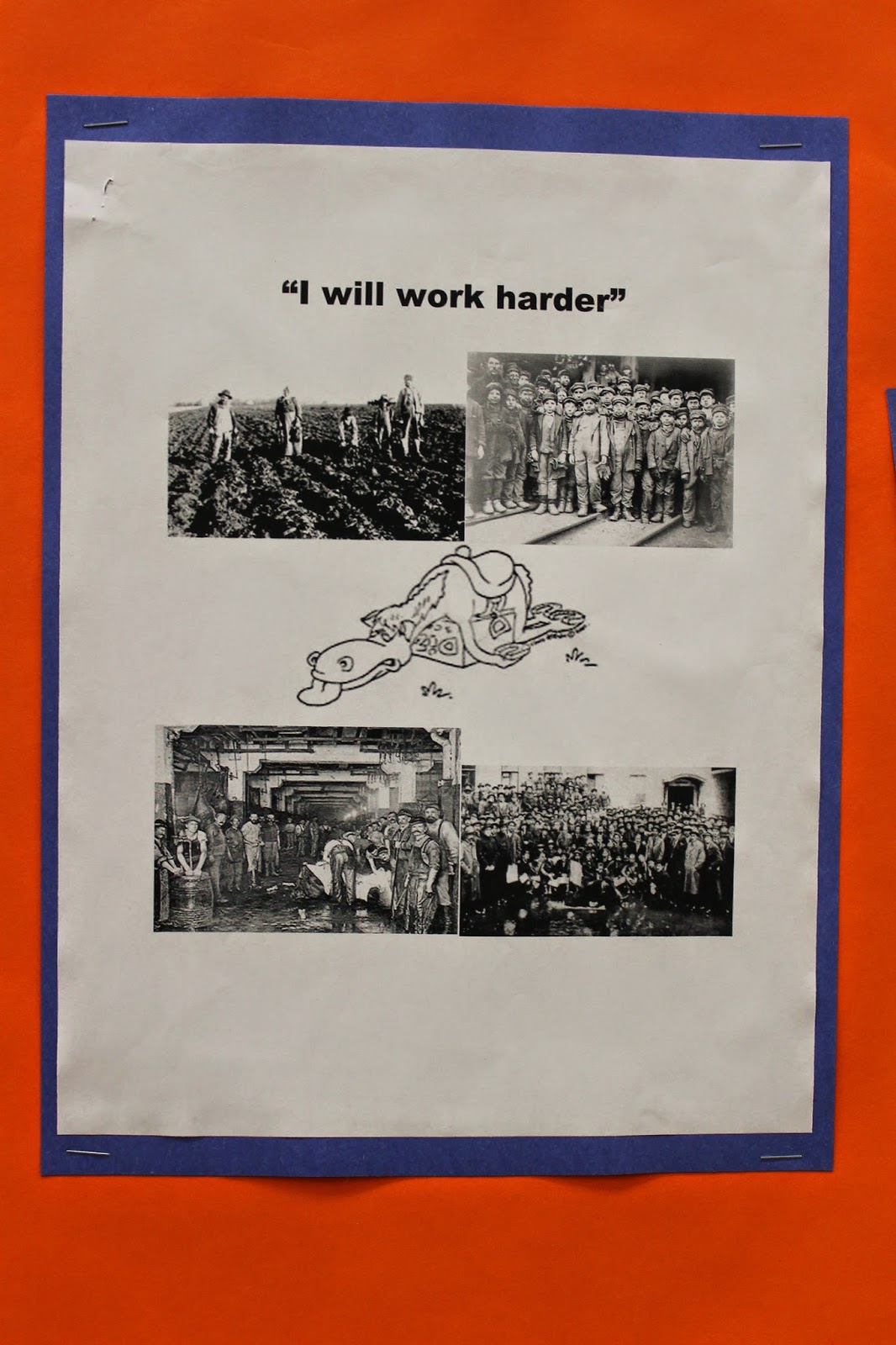 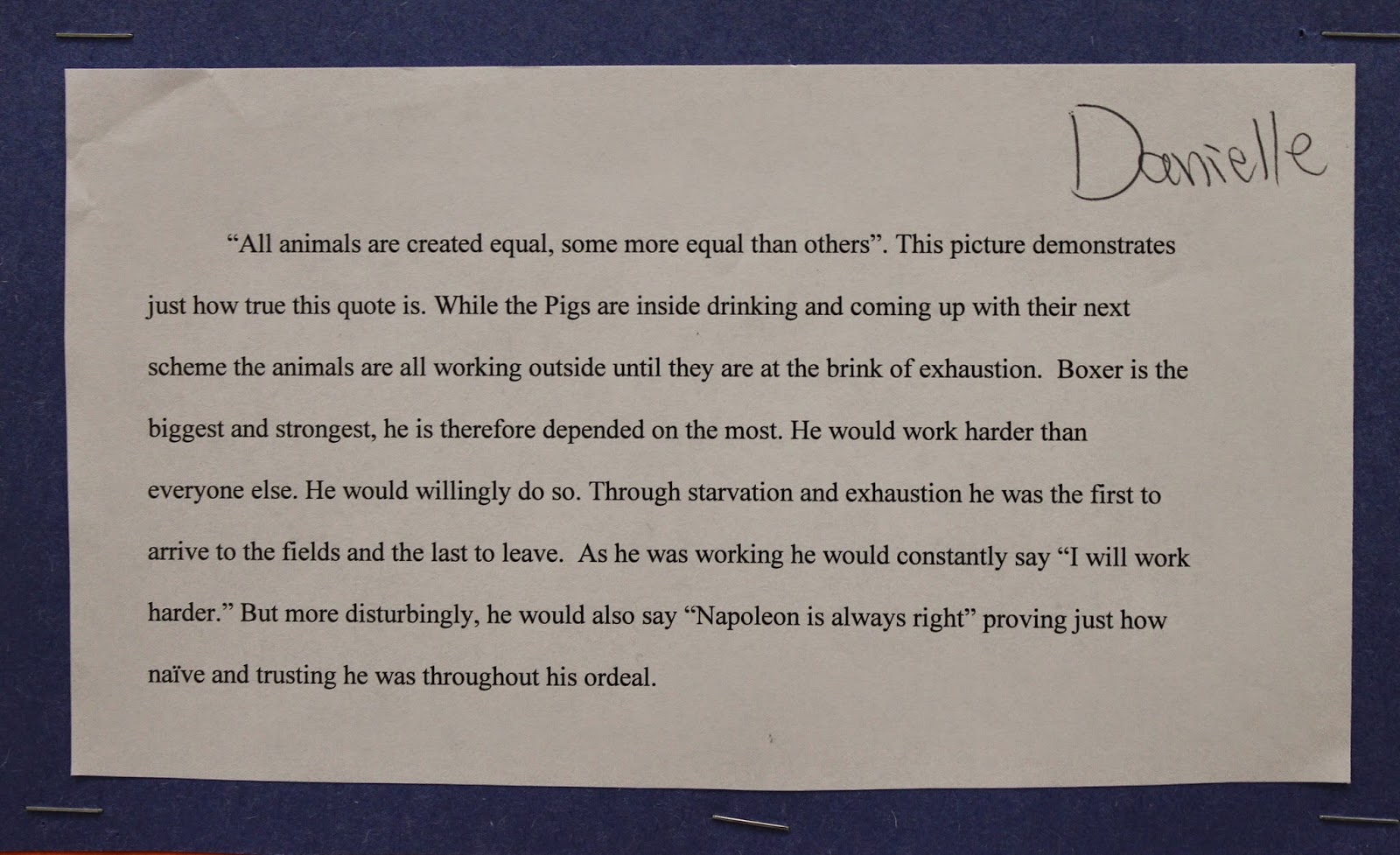 "I will work harder." That is loyal Boxer's battle cry, and yet, his life and that of the farm never gets better. 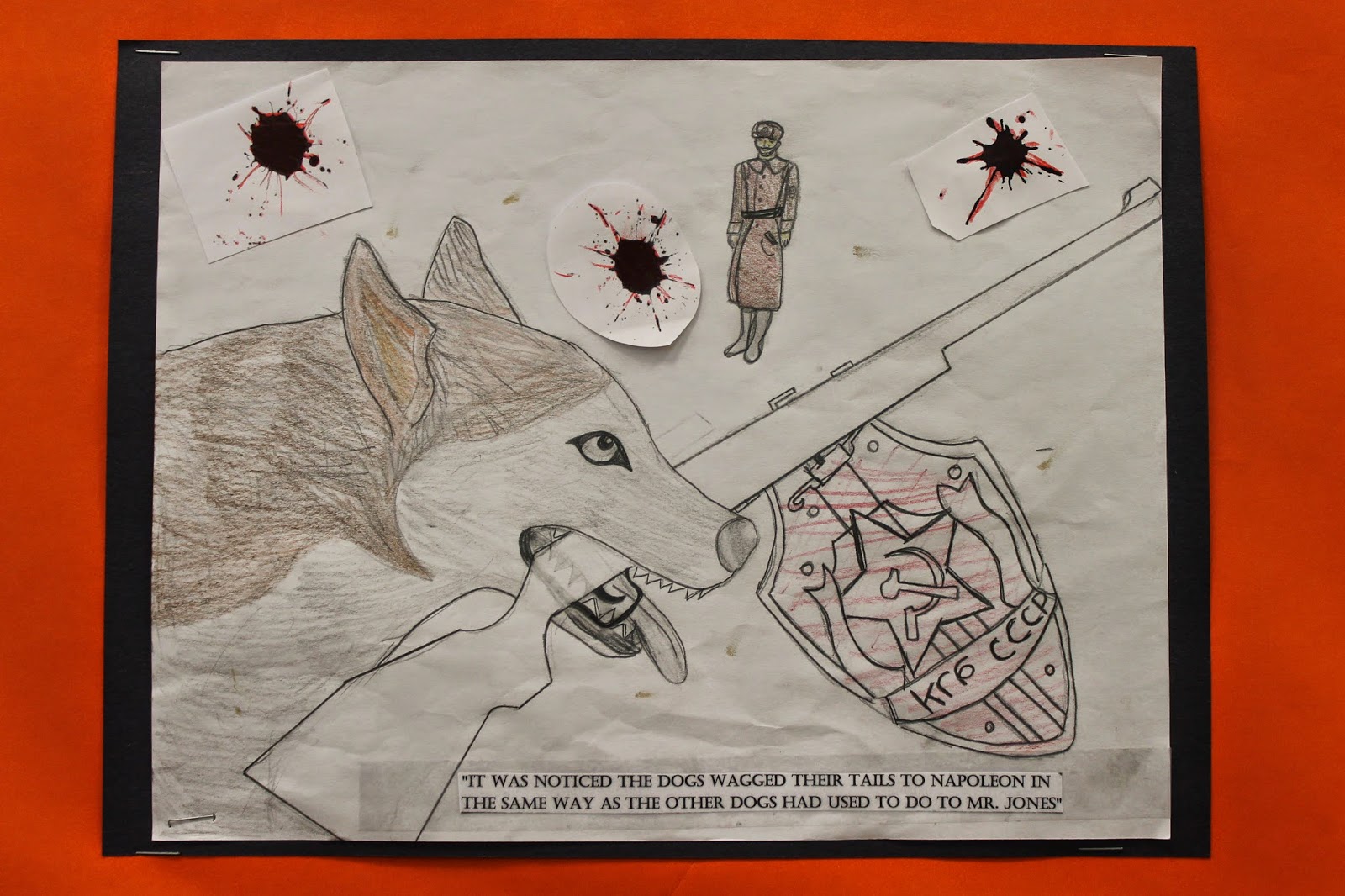 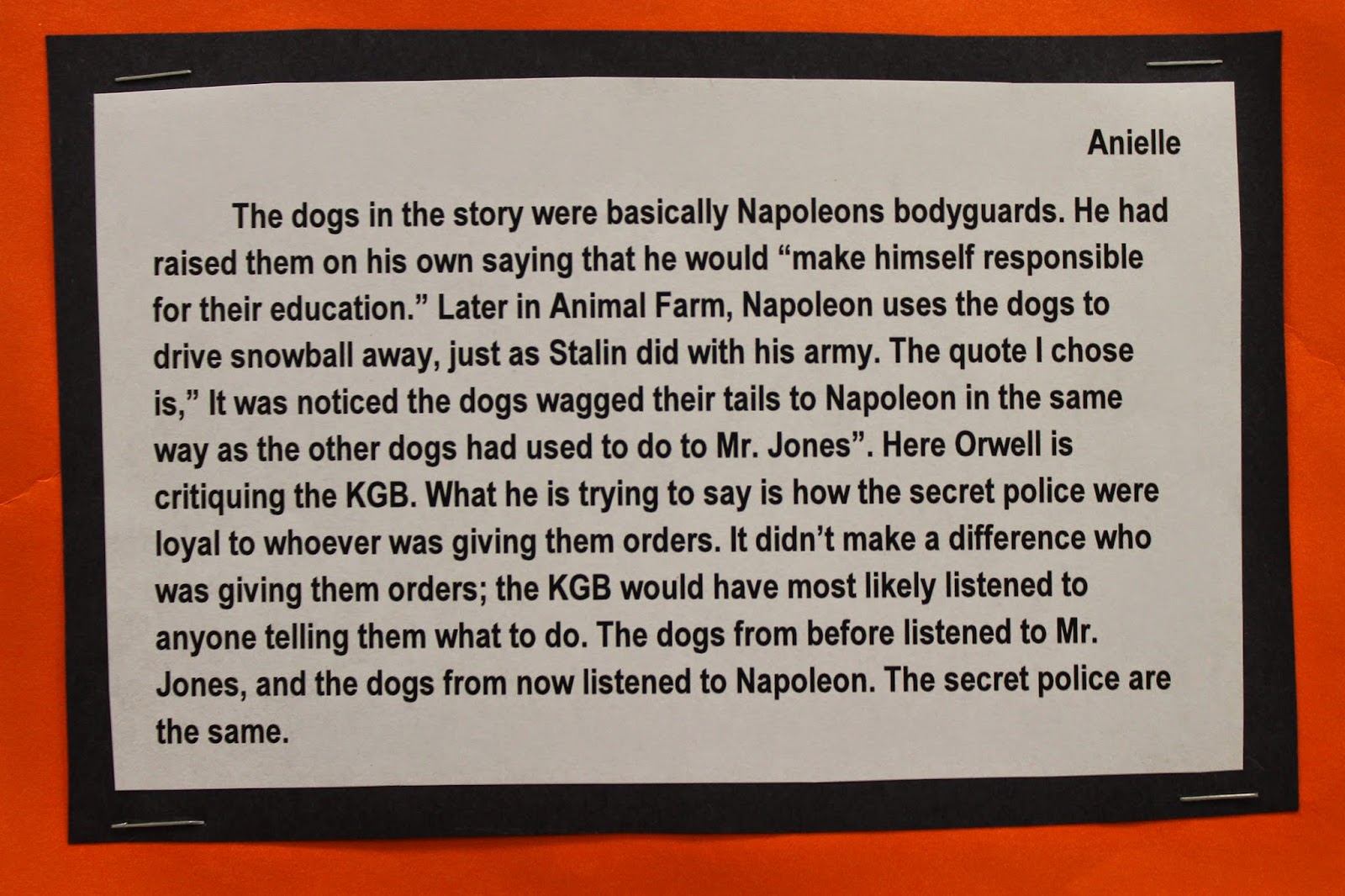 The dogs = the KGB 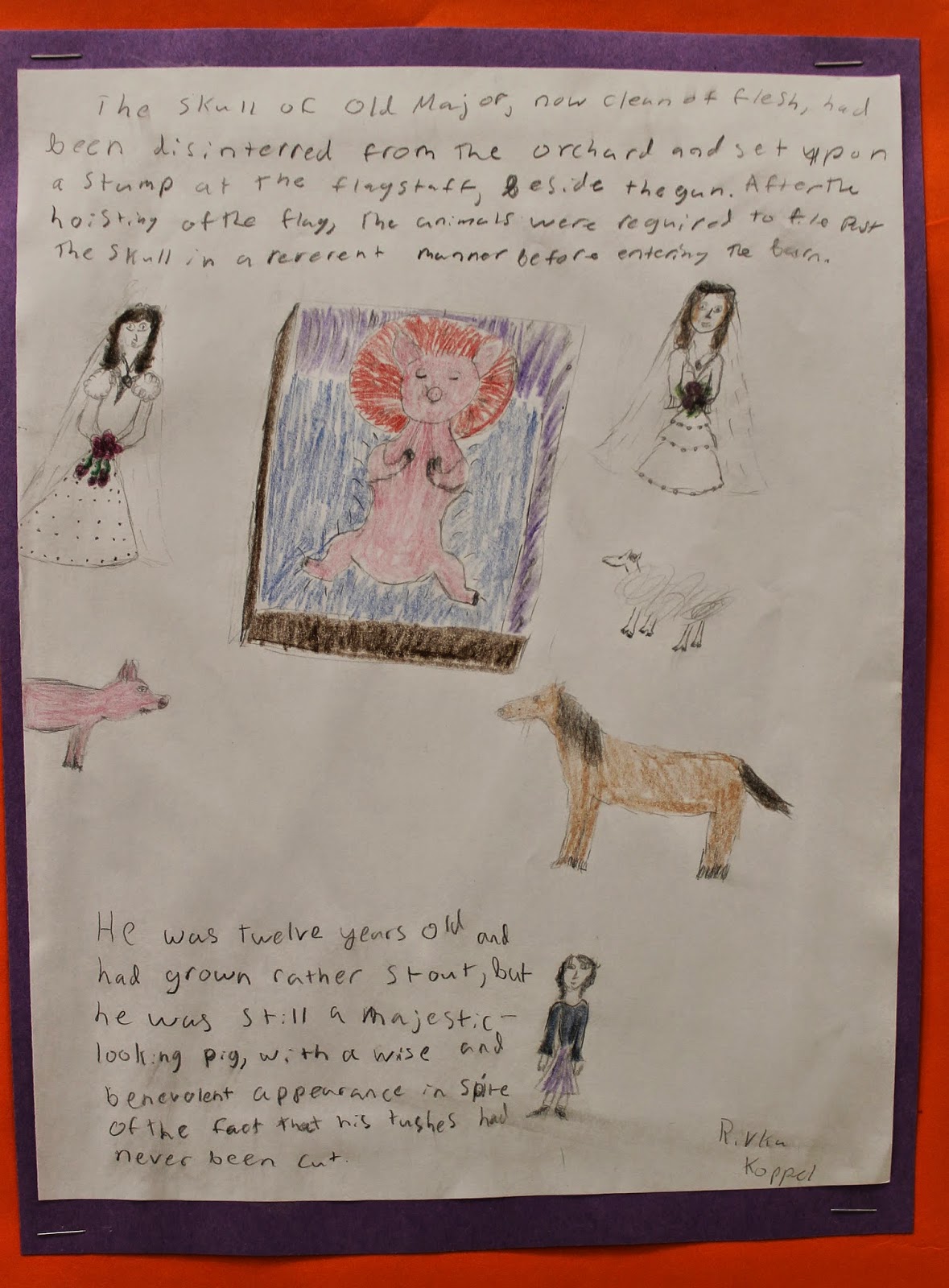 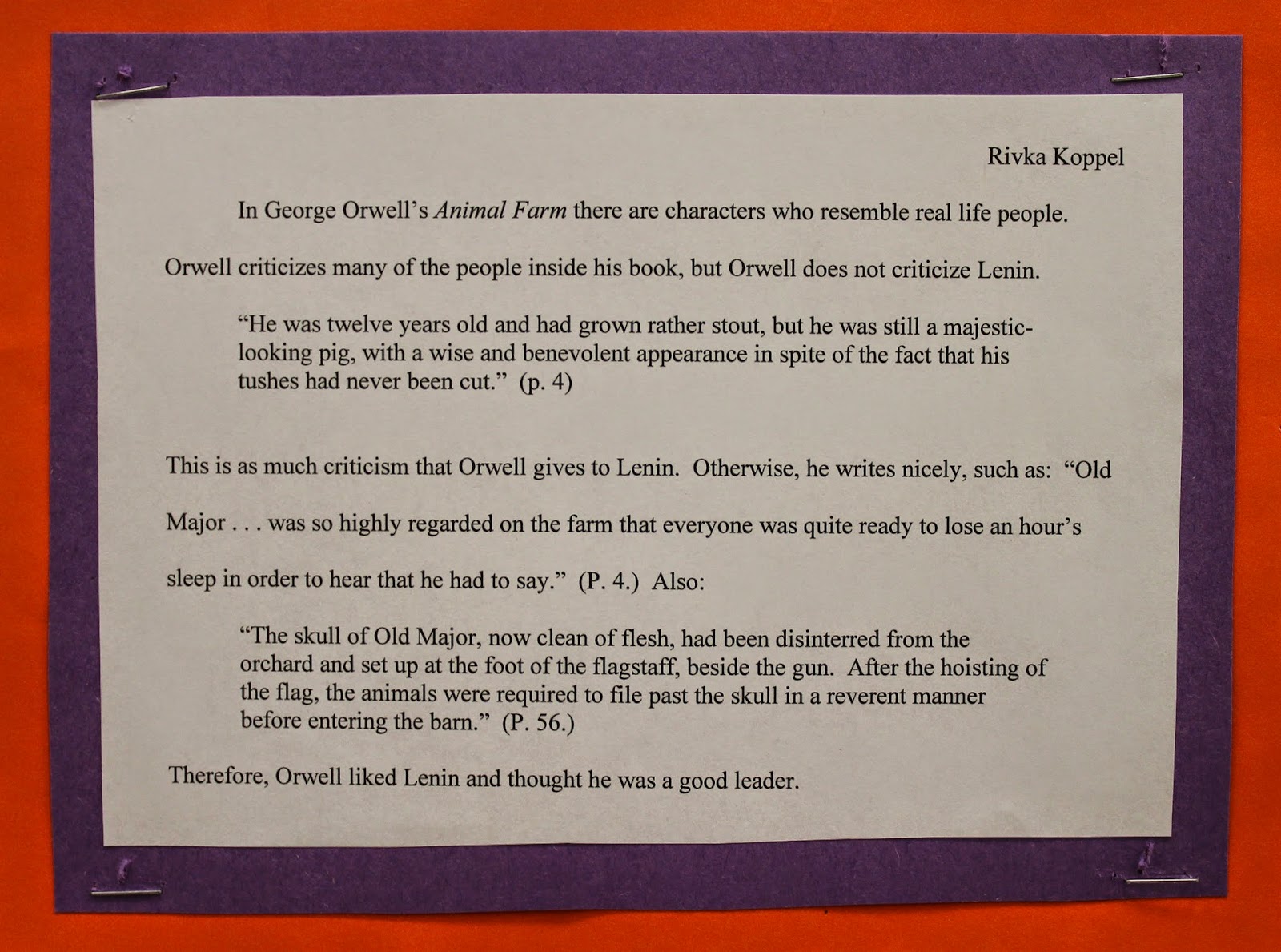